Chronicles of the New Normal: An In-Depth Look at the New York Area Retail Economy

Let us imagine we are in 2021 and the world has left behind the worst of the COVID-19 pandemic. No doubt life has changed, and governments, companies, and individuals are adapting to a “new normal.” Our Chronicles of the New Normal series will help readers understand what is likely to be different in a post-COVID-19 world. We will also look at how players in the payments ecosystem are already adapting today to successfully emerge from this unprecedented shock to the economy and our daily lives.

This week, we focus on the evolution of retail spending in the New York DMA (designated market area). The New York City area is figuratively centered by the borough of Manhattan (i.e., New York County), inclusive of four additional boroughs (Brooklyn, the Bronx, Queens, Staten Island, respectively synonymous with Kings County, Bronx County, Queens County and Richmond County), and extends into suburban counties adjacent to New York City and portions of New Jersey and Connecticut. They combine to form the New York DMA, coterminous with the metropolitan New York area.

Within the U.S., this region is unique in many ways. It is less representative of the U.S. as a whole than many other cities. Yet, it is the undisputed business capital of the U.S. and watched closely by the world, which is why we wanted to take a closer look at the impact of COVID-19 on this singular area.

"What made the New York DMA unique before the pandemic will carry through in some similar ways and manifest itself in new ways during the post-pandemic recovery period."

We hypothesize that what made the New York DMA unique before the pandemic will carry through in some similar ways and manifest itself in new ways during the post-pandemic recovery period. Some businesses will revert to their pre-pandemic ‘business-as-usual,’ while new trends and opportunities will emerge for other retailers. As the evolution unfolds, the payments industry will continue to seek ways to provide consumers with what they’ve come to rely on: safe, secure, and convenient payment options. 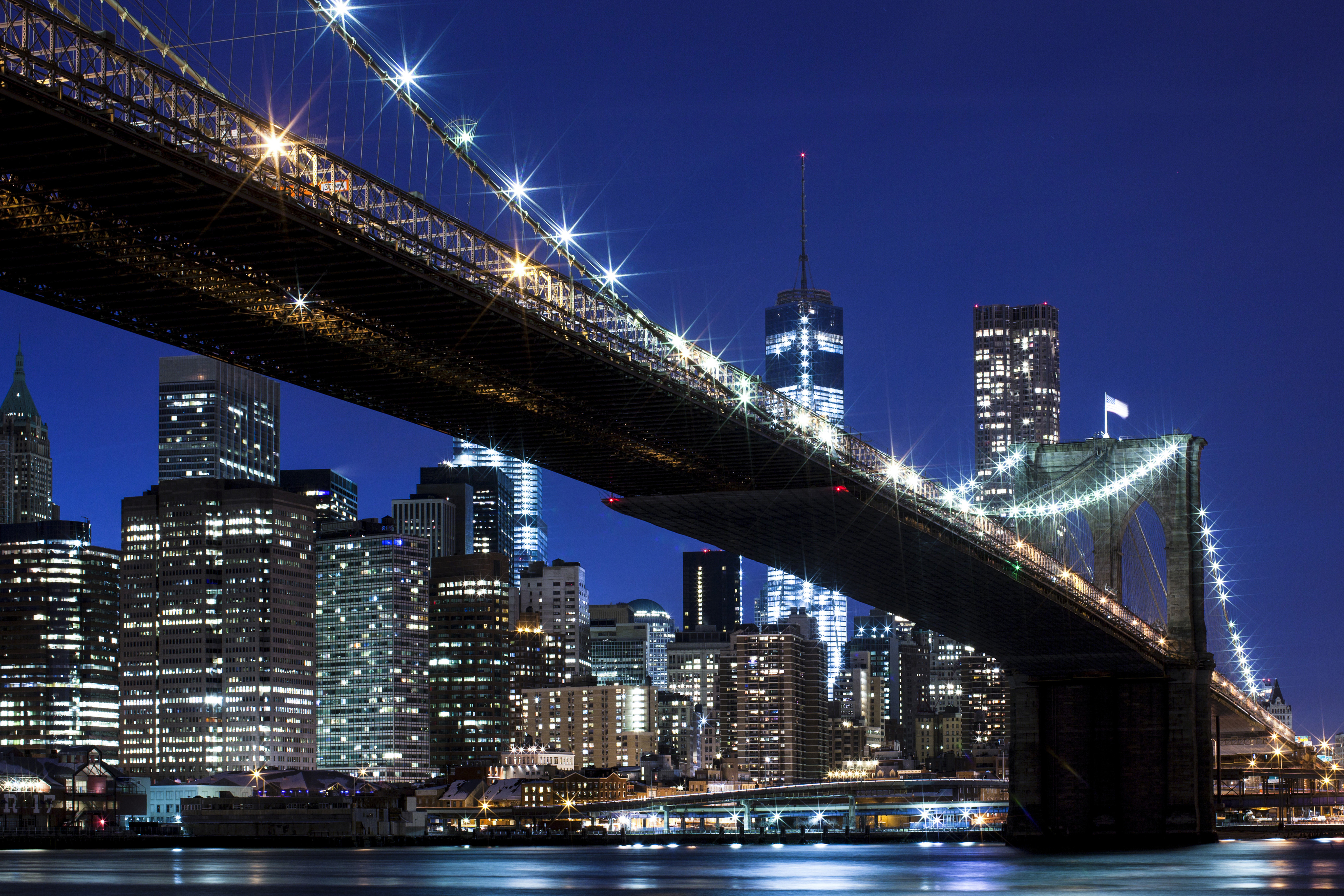 COVID-19 in the New York DMA

The New York DMA has been one of the areas most affected by COVID-19, both in the U.S. and globally. This market has several unique attributes: population scale, density, diversity, concentration of multi-family dwelling units, reliance on public mass transportation (intra- and inter-county) and the presence of multiple international airports. All of these combined may have contributed to the accelerated spread of COVID-19 in the region.

In our analysis, we looked at two different phases of the pandemic:

Our analysis of our aggregated spend data provides unique insight into the evolution of retail in New York and its comparison to the rest of the U.S.

The pandemic’s economic impact on the New York region mirrored that of the entire U.S. in some ways and differed in other ways.

To understand spend activity during this period, we looked at Mastercard’s SpendingPulse™, which tracks overall retail sales across all payment types, including cash and check. A view of year-over-year change in spend comparing New York DMA, New York state, and the overall U.S. shows similar reductions. There were two significant dips in the year-over-year comparison:

At the industry level, we see department stores, lodging, and restaurants as some of the most affected verticals:

However, as expected, groceries experienced a year-over-year gain during this period.

Some industries outperformed previous spend levels in New York—a trend that differed from the rest of the U.S.

When further segmenting the data on a DMA level, the relationship between grocery and restaurant spend varies based on the New York sub-region. For example, across New York state, the grocery stock-up began one week before the restaurant trough.

By contrast, the Bronx saw the most significant grocery peak of +171.0% and the second-highest restaurant trough at -69.7%. The steeper decline in restaurants may be attributable to the impact of fewer tourists, commuters, and business travelers. This is validated by New York County, which also saw the steepest drop in lodging through March.

Unsurprisingly, for New York, including Manhattan, total retail sales fell quickest and furthest among the five boroughs in New York City during the low mobility period. By March 31, the year-over-year 7-day moving average was down -49.2%, with steep but lesser decreases in the other four boroughs. This is, in part, attributed to some people migrating from the city temporarily. 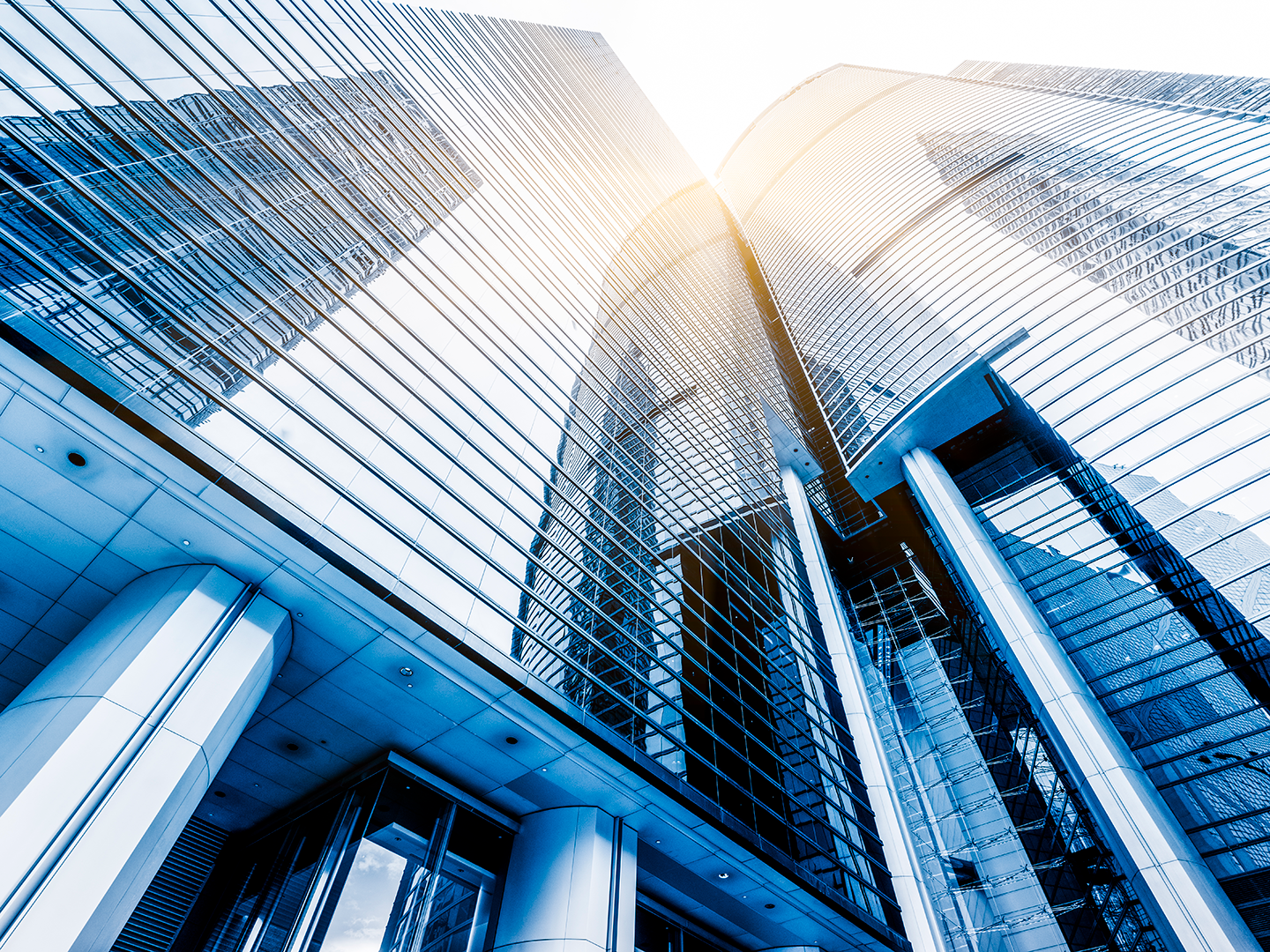 Variances by county included differences in the timing of the impacts. New York County total retail sales declined quickly below the total U.S. year-over-year trend. This happened within days of the state of emergency declaration on March 7, which was well before the spike in COVID-19 cases.

However, surrounding counties (including the Bronx, Queens, Nassau) did not decline below the total U.S. trend until late March, around the time of the surge in COVID-19 cases. Kings County remained above the U.S. trend throughout March. This may lend greater evidence to both the spread of the virus emanating from an epicenter, as well as the impact of Manhattan-based tourism and business commutation.

More urban counties around New York City and Long Island saw worse declines in the immediate weeks following the stay-at-home order (weeks ending March 28 and April 4). In contrast, more rural upstate counties saw worse declines through mid-April (weeks ending April 11 and April 25). This harkens back to the epicenter of the pandemic initially residing in New York City and then expanding outward over time.

The impact of COVID-19 on tender type and payment form was also pronounced during the stay-at-home period. Cash use saw a precipitous drop in the U.S. year-over-year. Every month, there was an absolute cash volume increase of +5.7% in January and +6.5% in February. However, March cash volume dropped -26.7%, and in April, volumes dropped -41.7%.

Reductions were also evident in the share of cash versus point-of-sale debit use, which declined each month from January through April.

Throughout May, retail spend in New York state and New York DMA has shown signs of normalization despite broad stay-at-home orders still in place. This trend has largely lagged the rest of the U.S. in both the New York DMA and broader state, with a few key exceptions (the Bronx, Rockland, Bergen).

Overall, the immediate New York metro area, not including the five boroughs, is normalizing fastest on average and in line with the rest of the U.S., relative to New York City and the rest of the tri-state area. 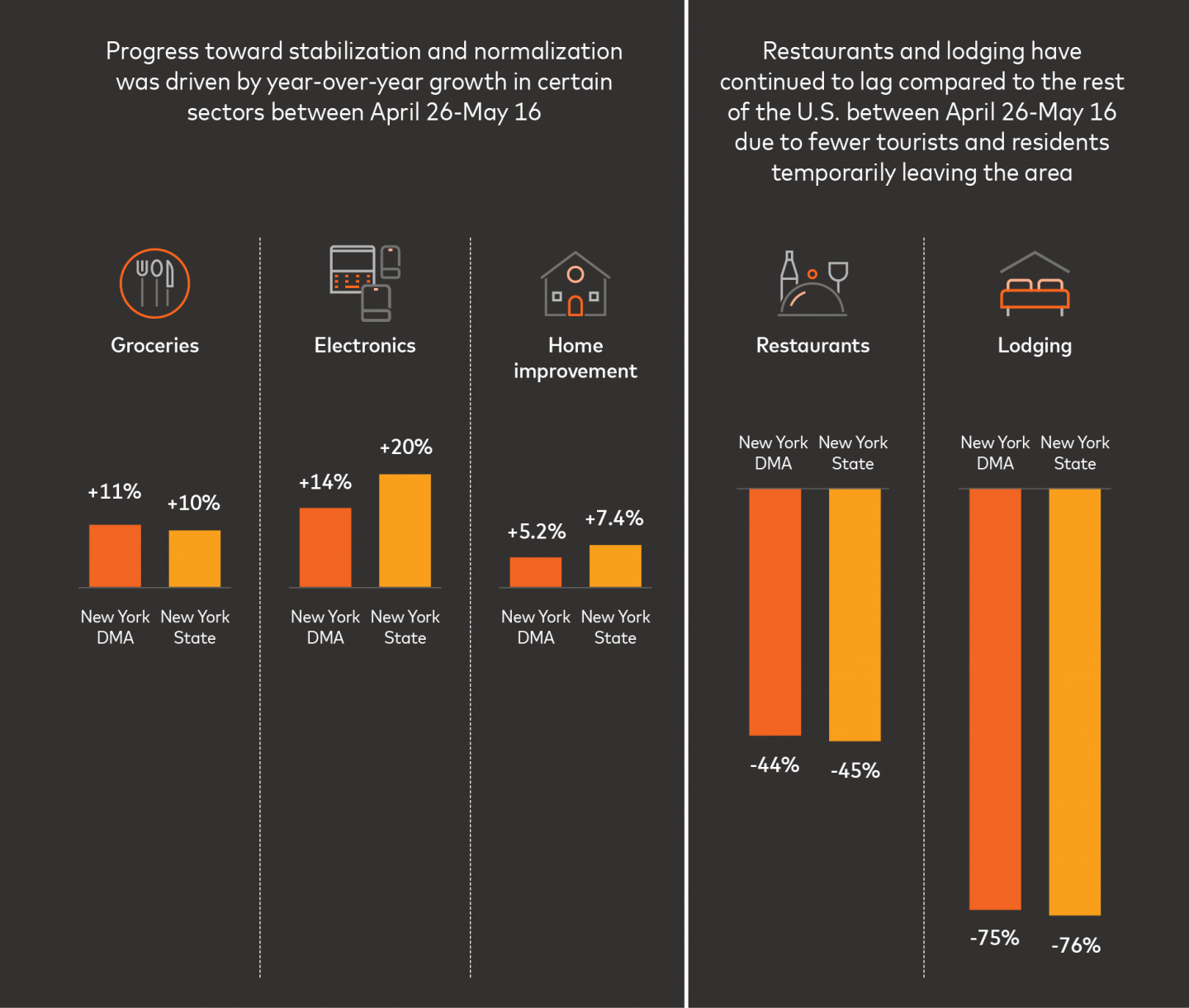 Furniture and furnishings sales in New York state and DMA have relatively outperformed other states and metro areas around the country (New York DMA +5.2%, New York state +7.4%). This has been driven by online sales given remaining restrictions on brick-and-mortar stores.

Total retail spend recovery across the full tri-state area (-3.1%) is lagging compared to the rest of the U.S. (only down -1% year-over-year). New York City’s five boroughs (-3.8%) are increasing slower than the immediate surrounding New York metro area (-1.9%) in the most recent two weeks. The extended New York DMA area and generally the rest of the tri-state outside of the New York metro area are trending similarly at -3% to -4% year-over-year total retail growth.

"Some of the changes in consumer shopping needs and behaviors from the pandemic will likely remain into the near future, while others will diminish as brick-and-mortar shopping becomes an option again." 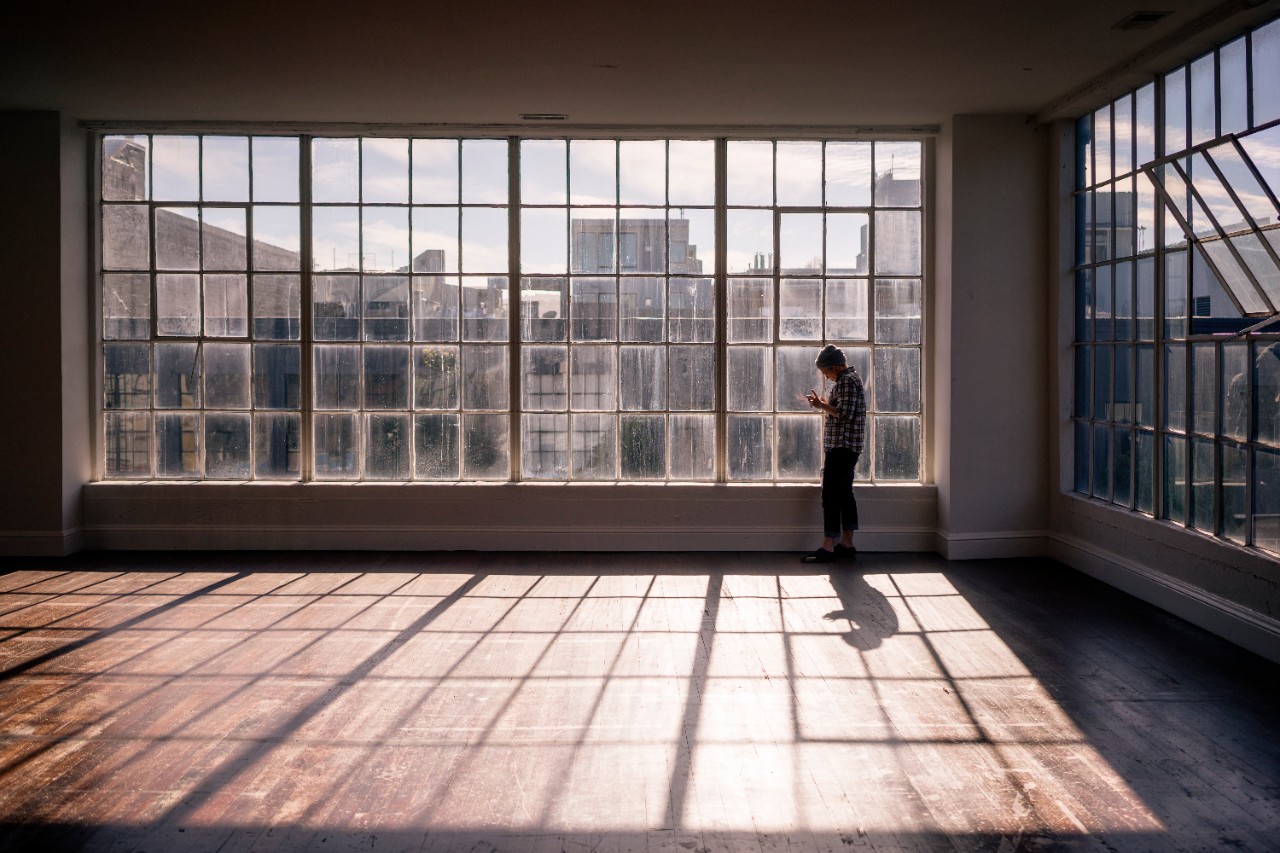 It is remarkable how businesses with products or services affected by COVID-19 have found an opportunity to pivot. We’ve seen:

These businesses will be well positioned to adjust their product offerings as the landscape continues to change. While some habits, such as large-scale stocking up, have benefited retail spend in the short term, other trends, such as those listed above, will continue to sustain retail spend as consumers take their time getting back to brick-and-mortar spending.

As spending habits evolve and new patterns emerge due to COVID-19, issuers are adapting their services to meet new consumer needs. Issuers have a history of providing safety, security and convenience through its payment operations, and are continuing to carry on that tradition through the pandemic. Some examples include:

Beyond these three examples, this difficult period for consumers has become an opportunity for financial institutions to show they care for customers and their financial and physical well-being in the framework of a long-term relationship. 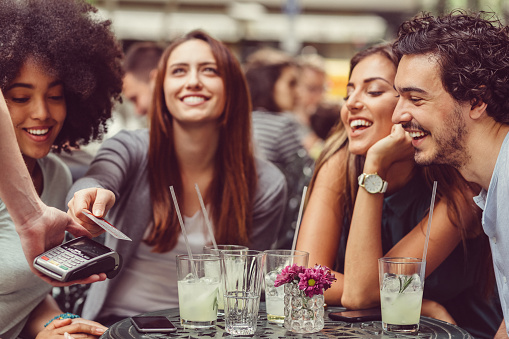 We have delved into the impact of COVID-19 on the retail economy in New York City and its surrounding environs to get a clearer picture into the post-COVID-19 new normal, which is just beginning to emerge. What makes the New York area unique within the U.S. may be representative of other select cities around the world. Each market may look for clues into its own situation through the lens of New York.

It is still early to say which of these changes to customer behaviors are temporary and which will become part of the new normal or how long the recovery will take. But we already see leading institutions planning scenarios with three underlying macro trends:

Fully understanding the new normal and aligning to it will be key for institutions. They will need to position themselves to take advantage of these new behavioral changes as a result of this health and economic crisis.

Of course, these recommendations are broad, and every challenge and every organization is different. For more guidance on adapting to the evolution of customer needs within your business, reach out to Fabrizio Burlando or Raul Escribano. 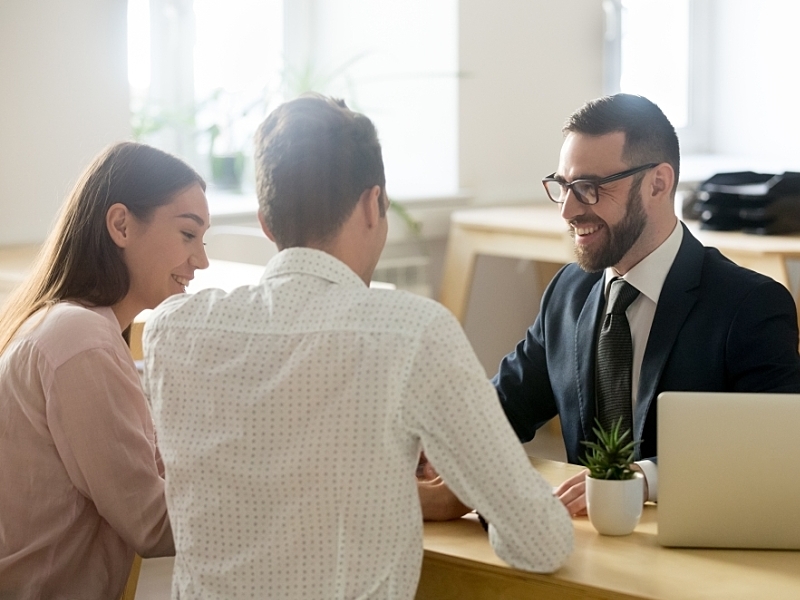 Looking Beyond the Transaction to Truly Understand Your Customer

Data analysis can help you form a complete understanding of your customers and offer them a better, more personalized experience. 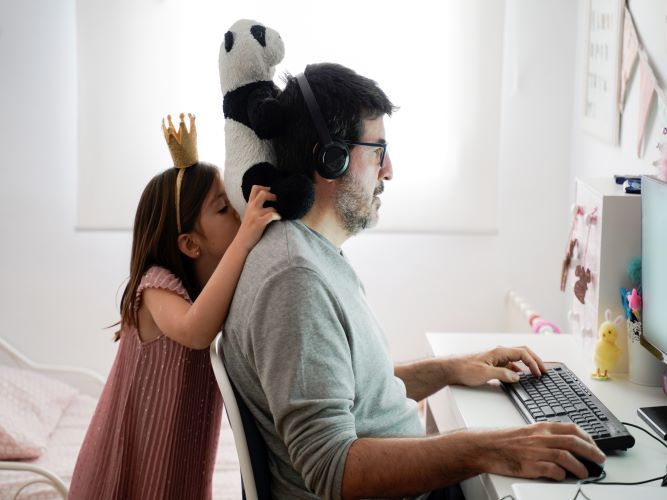 Scratch the “Travel” Bug, Even During Global Lockdowns and Uncertainty

Since the start of 2020, the coronavirus has made its way around the globe and grounded travel temporarily. Uncertainty about when leisure travel will take off again still looms. 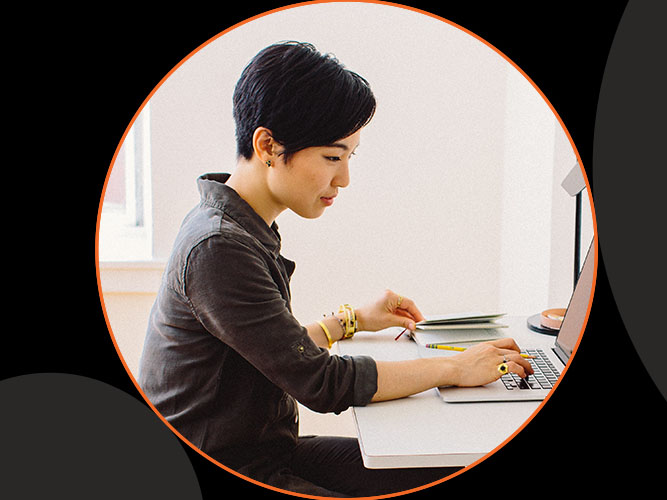 The Shift to Digital

The Covid-19 outbreak has accelerated the digitization of how we work, live and shop. Learn how businesses navigated the shift to digital, how consumers responded, and the spending trends likely to stay in a post-Covid-19 world. 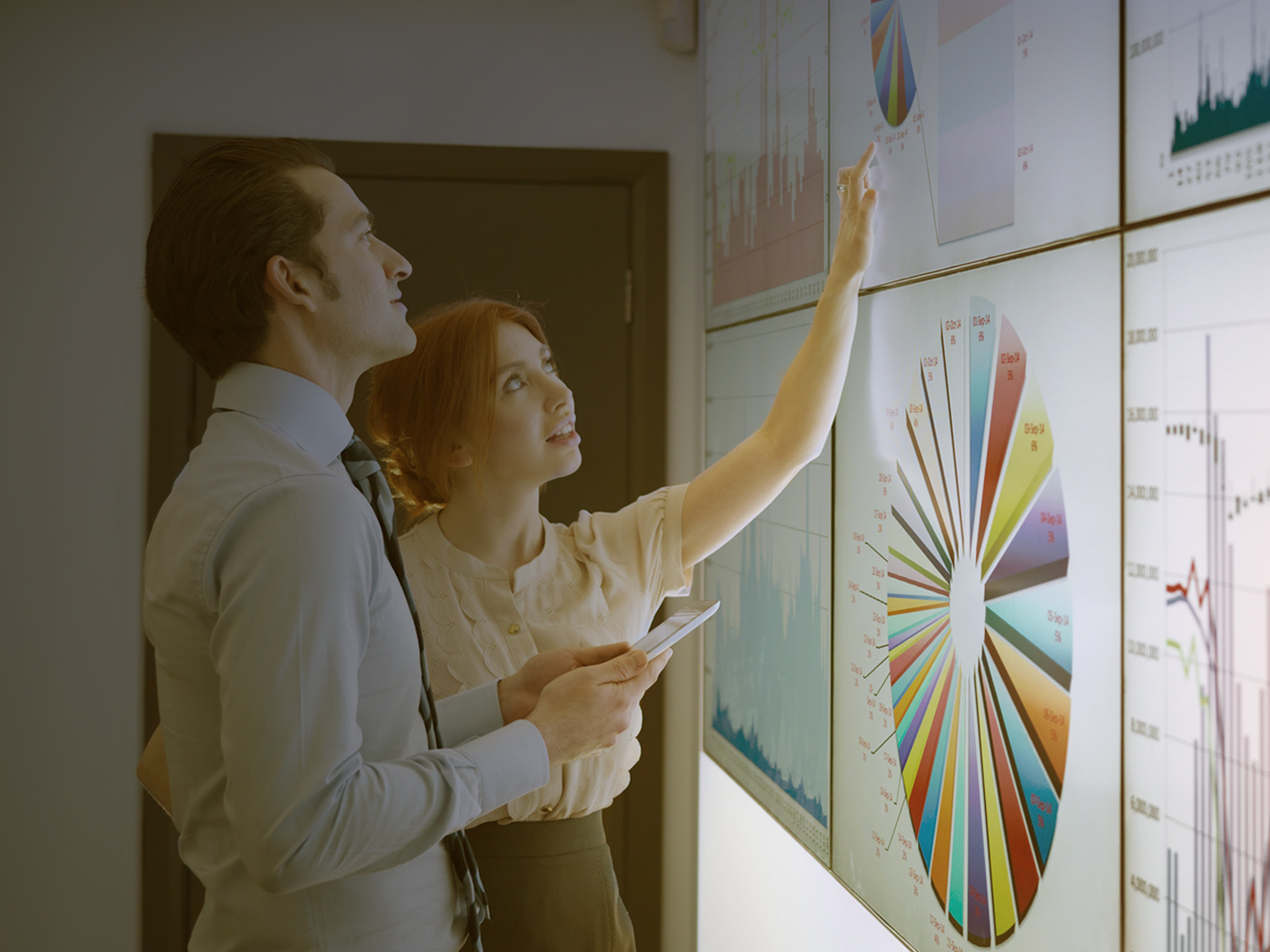 How organizations deployed analytics, the barriers they have encountered, and how leading companies establish the processes and organizational conditions for success.